You are here: Home / ABOUT US

We seek to establish long-term relationships with an exclusive universe of clients who desire this highly individualized service.  Through our services and those of our network of specialized professionals and agencies with whom we have developed relationships, we offer a multifaceted approach to our clients’ needs through a flexible, comprehensive program acting as a liaison for one or more of the following services:

A personal welcome from the Chairman of World Youth Bank Group 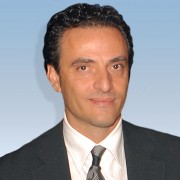 I thank you for your interest in our Group; we endeavor to keep your trust in our faithful and historic services.  Our achievements to date stem from an abiding standard of distinction and quality.  We maintain the confidentiality of our clientele to the utmost levels and ensure that all our agents, staff and key management remain committed to that standard of prestigious services.

Take this time to acquaint yourself with the global services and project examples we have provided on our website.  We are available to extend membership to qualified candidates to whom we are certain we provide exceptional services.  Please contact us at your convenience.

Thank you once again and welcome to our prestigious concierge services!

His Excellency Mikhael Jaime Shamis Mezrahi; Founder of the World Youth Bank, Country Head and former Manager for 5 years of a Bankers Consortium Banks and Trust –  Throughout his extensive 20 year career, Mr. Shamis-Mezrahi has been a key strategist on Mergers & Acquisitions and investment transactions in more than 20 countries.  Understanding nation and their strategic investment needs, Mr. Shamis-Mezrahi has been a consultant with the Ministry of Finance of Venezuela with the former Minister of Finance Mr. Nobrega Suarez.  More recently, Mr. Shamis-Mezrahi was Head of Asset Structuring and Credit for a $2 Billion Market Debt Fund where he was responsible for investments in the UAE, Qatar, China, Nigeria, Singapore, Angola and Brazil.

Mr. Shamis-Mezrahi comes from a challenging background of cultural diversity and war.  Since his father’s untimely death, Mr. Shamis-Mezrahi learned his family-of -origin ethnicity through documents that had been safeguarded and released through a family lawyer.    Mr. Shamis-Mezrahi holds a Masters degree (Summa) from San Diego State University in 1987 and a MBA from Geneva in 1998.  Today, Mr. Shamis-Mezrahi is a proud member of his community and continually promotes the well-being of his homeland.

Mr. Shamis-Mezrahi has been invited and appointed as the Governor of the Central Bank of the Principality of San Bernardino; and now serves as the Prime Minister with great distinction.

Mr. Shamis-Mezrahi has put forth his vision for this new and growing Principality as it seeks to rebuild itself in their new temporary home.  Leadership and keen insight into the global market and its ever-changing demands will be essential in developing sustainable economic growth and wealth.  Mr. Shamis-Mezrahi has encouraged his Grand Council colleagues to lead their ministries in the same manner, together in collective unison, toward a healthy and happy Principality for all our Citizens and our commerce-supporting goals.